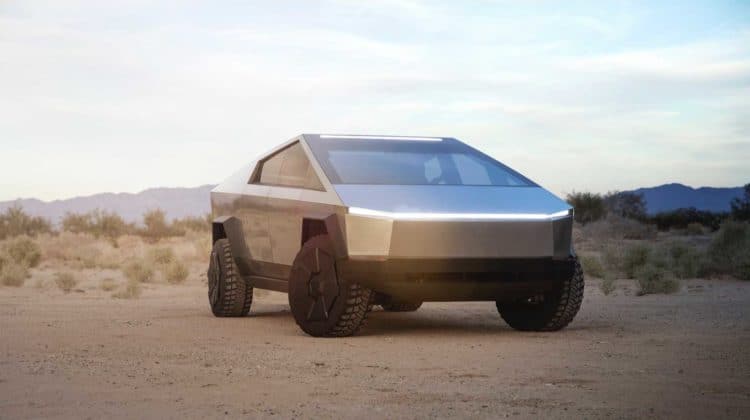 Tesla Cybertruck. Yes, it is still happening. No, not this year.

I was among the millions of people who either live streamed or were in-person at the announcement of the Tesla Cybertruck in late 2019. I will never forget the moment it rolled onto the stage. No amount of speculative renderings or secret messages from Elon Musk’s Twitter account could prepare me for what they presented that night. Not only did the door-stop shape scream ‘concept car’, they couldn’t even successfully show off the military-grade windows. It felt like Tesla was doing an SNL skit on itself.

Details on the production car included single, dual and triple motor options, driving range anywhere from 250-500 miles, and a base price of around $40,000. Production was intended to begin in 2021, but thanks to serious production and supply chain issues crippling all industries, that target has now been pushed back at least a year. As of now, we are looking down the barrel of a Q3 production start for this mystical creature. Any mention of the year 2022 has been removed from the Tesla website.

Unlike the Tesla Roadster, which hasn’t even been caught testing in any form recently (or at all, to my knowledge), there is solid evidence that the company is still working on the truck. From Elon Musk providing updates on features that will or won’t make it production on Twitter, to prototypes caught testing near the company’s HQ, I have no doubts that this vehicle will eventually be mass-produced. We just likely won’t be able to recognize the official numbers when compared to the 2019 announcement.

Thanks to Rivian, Ford and GM, there are new standards for what an electric pickup must be able to do. The Rivian R1T has quad motors (one at each wheel), the Ford F-150 Lightning can power other electronics and electric vehicles, and the GMC Hummer EV can ‘crab walk’. Tesla is likely taking advantage of the delays to try and catch up a bit. Competition is good, it pushes companies to make better products. Just because Tesla doesn’t do PR in the traditional way, doesn’t mean they aren’t still hard at work behind the scenes. Musk will address stakeholders during an earnings call later this month, with many expecting Cybertruck news to finally be relayed. We will relay that info when the time comes!