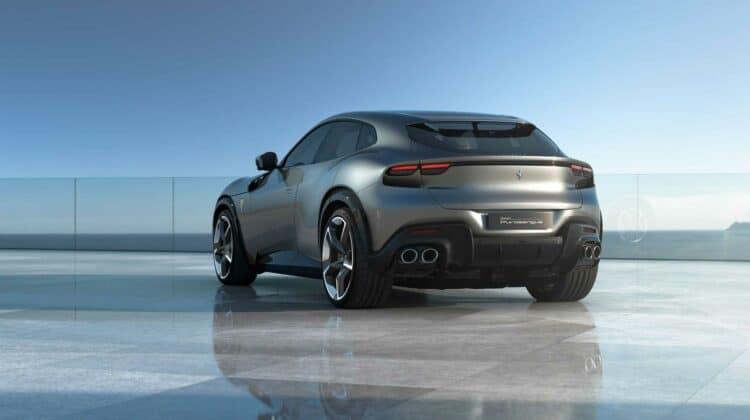 The Four-Door Ferrari Purosangue Debuts: The day has finally come to see the four-door Ferrari in all of its glory. The Purosangue takes the GTC4Lusso (née ‘FF’) from a few years ago, raises it up a bit, adds two doors, and becomes a ‘crossover’. That last part might be up for debate, but whether you call this a hatchback or a compact crossover, it is a revolutionary format for Ferrari. People said Porsche would never make a four-door SUV, they said Lamborghini wouldn’t either. Ferrari was the last standing without one, and now we have the answer. It doesn’t give up any Ferrari DNA in the process, either.

Riding on an entirely new platform, the Purosangue is stiffer and quieter than the GTC4Lusso it spiritually replaces. It utilizes exotic suicide doors that allowed Ferrari to keep the wheelbase shorter. Under the hood is a reworked version of the naturally-aspirated F140lA 6.5L V12. It produces 715 horsepower at 7,750 rpm and 528 lb.-ft. of torque at 6,250 rpm, no turbos in sight. “It’s close to the limit in terms of torque,” chief product development officer Gianmaria Fulgenzi admitted. “It took all our competency to deliver this engine.” This is an all-wheel drive machine with power routing to the ground via an 8-speed dual-clutch automatic.

Sales will be restricted to a cap of 20% of Ferrari’s total annual sales volume. It will be available in the fourth quarter of 2023 for a whopping price of $400,000. There is a LOT more to read about the Ferrari Purosangue, so head over here to see for yourself how crazy this beat is.