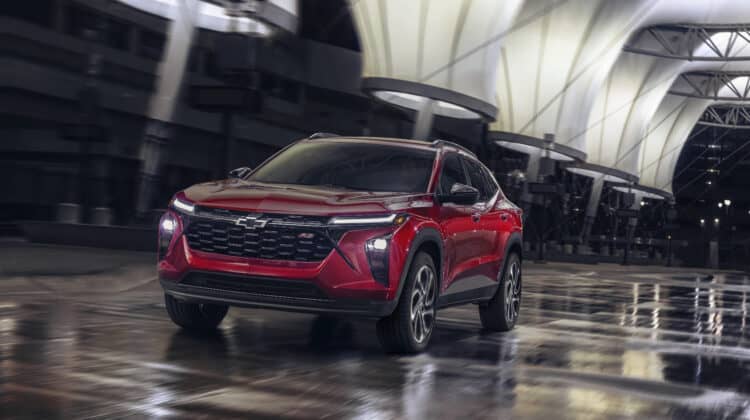 The new 2024 Chevrolet Trax is an attractive and inexpensive small crossover for shoppers that don’t want to spend over $25,000 but are looking for more interior room and snazzier screens than are available in the Trailblazer. Just don’t look for AWD, because it’s not available…

The Chevy Trax has been around for nearly a decade, so it was about time it received a second generation. Sales have been pretty decent, but when the resurrected Trailblazer came along a few years ago, the relevancy of the Trax started seriously waning. This update looks to be a massive improvement. All Chevy has shown us are the Activ and RS trims, but they both look very attractive. More attractive than the Trailblazer and pretty much everything in its class.

The headline news? Trax will cap at around $25,000 fully loaded, unlike that Trailblazer which can easily crest $30k. It does this by being front-wheel drive-only and sticking with an updated version of the 1.2L turbo 3-cylinder engine from the Trailblazer and its Buick cousins. It’s chock-full of features and has a much nicer looking interior than its sibling. At the same time, the Trax is actually bigger on the inside and outside, despite its more low-slung profile.

More on the 2024 Chevrolet Trax here.