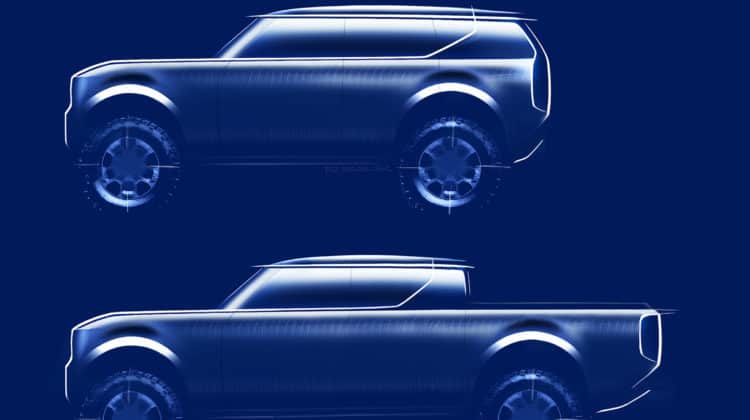 Volkswagen will reincarnate Scout as a new EV-only brand. They have gone and done what Ford once tried but failed to do – acquire the Scout name from International Harvester. The International Harvester Scout was an American-born 4×4 SUV similar in execution to the Jeep Wrangler. Its various generations and versions lived from 1960 to 1980. Back in September of 2021, MotorTrend first reported on this revival plan thanks to a conversation Johan De Nysschen (VW America COO) was involved in at a press event. He brought up the possibility of it happening as a hypothetical to journalists. VW Group had already acquired the rights to the name at this point in time. Now, the news is official, but there is a twist.

Volkswagen will be launching a new, completely separate brand called ‘Scout’. It will start with two EVs, one boxy crossover and a truck. One sketch was shared showing a preliminary look at both models’ side profiles, but no names were provided. That is one crucial detail we will just have to wait the first prototypes are revealed next year to find out about. The cars will be designed, engineered and manufactured in the United States. Production is not set to start until 2026, so expect multiple prototypes over the next few years.

Read more about how Volkswagen will reincarnate the Scout brand here.