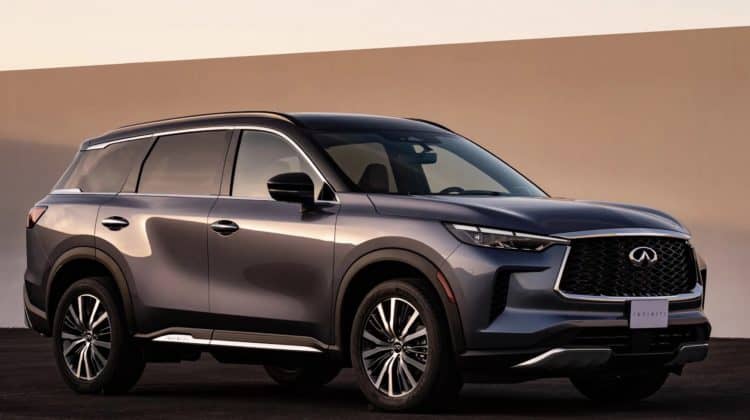 This week’s news sees lots of utility vehicles, low and high, make a splash. We also finally get some range ratings on a certain electrified pony and a big new Jeep.

The 2022 Kia Soul receives some significant updates in addition to the new Kia badge. S, X-Line and GT-Line models now get the 10.25-inch touchscreen, keyless entry/start, dual-zone climate control, wireless charging, and additional USB ports standard. The manual transmission has officially been discontinued the Soul lineup. Base LX models are now available with the LX Technology package, which adds blind-spot monitoring, rear cross-traffic alert, forward collision warning, front automatic emergency braking, lane-keeping assist, and driver attention alert. Prices start at $19,190 before the $1,175 destination fee for the LX grade and go up to $27,790. LX, S, X-Line, and GT-Line models get a 2.0-liter four-cylinder with 147 hp and 132 lb-ft of torque. Turbo models get the 1.6-liter turbo-four that’s rated at 201 hp and 195 lb-ft. All 2.0-liter models get a CVT while the Turbo uses a seven-speed dual-clutch automatic.

EPA fuel economy ratings for the 2022 Jeep Grand Wagoneer are out and as expected, they’re not that impressive. At 13/19/15 mpg city/highway/combined for RWD models and 13/18/15 mpg for variants with AWD, it’s not that high. But then again, what did you expect from a massive luxury SUV?

The 2022 Honda Civic hatchback has arrived. Think of this as the more practical option with additional cargo space that’s also aimed right at enthusiasts. Sport and Sport Touring trims will be available with a six-speed manual transmission. Like the sedan, the Civic Hatchback LX and Sport grades use a 158-hp 2.0-liter four-cylinder while the EX-L and Sport Touring get the more powerful 180-hp 1.5-liter turbo-four. Honda has also announced that the Civic will also get a hybrid variant in other global markets. It will use Honda’s two-motor hybrid system and we’re guessing it’s an updated version of the one found in the Insight. The Civic Si is expected to arrive this October while the Civic Type R is due next year.

The second-generation 2022 Infiniti QX60 has officially arrived. Like the outgoing car, it’s closely related to the Nissan Pathfinder. That means it’s using a heavily revised version of the old platform and is powered by the same 295-hp 3.5-liter V6. Infiniti has ditched the CVT in favor of the ZF nine-speed automatic and the AWD system has received significant updates. The interior appears to be significantly more luxurious than the Pathfinder and you get seating for six or seven depending on the trim. The 2022 QX60 also debuts Infiniti’s new infotainment system, which features a single 12.3-inch touchscreen plus an available digital gauge cluster.

EPA range ratings for the 2021 Ford Mustang Mach-E GT has been announced. The standard model gets the same 270-mile rating as the dual-motor long-range variant. Performance Edition variants are rated lower at 260 miles. We’re suspecting that’s due to that variant getting sticky summer performance tires as standard.

Mazda’s iconic MX-5 Miata is slated to get electrified according to a report from Kuruma news. Motor1 also got a statement from Mazda as follows:

“Mazda is seeking to electrify the MX-5 Miata in an effort to have all models feature a form of electrification by 2030. We will work hard to make it a lightweight, affordable, open two-seater sports car in order to meet the needs of customers.”

We suspect this is a hint that Mazda will make the Miata a hybrid for the next generation. That means it’ll likely use the current 2.0-liter four-cylinder and be backed by an electric motor and small lithium-ion battery while still using the existing platform.

The 2022 Toyota Tundra has been teased again. This time part of the interior shows off a massive display, which appears to be the same 12.3-inch unit found on newer Toyota products. It also appears that the Tundra will be one of the first vehicles to get the new user interface on the Toyota side.

Hyundai teased the Elantra N, which will be a direct competitor to the Volkswagen Jetta GLI. Based on the photos released, it’ll get some pretty angular wheels and a small rear wing. Under the hood is the same 2.0-liter turbo-four from the recently revealed Kona N where it makes 276 hp and 289 lb-ft of torque. However, in the Elantra N, it will come with either a six-speed manual or eight-speed dual-clutch automatic. All the usual go-fast goodies like sticky summer tires, adaptive dampers, an electronically-controlled mechanical limited-slip differential, and an active exhaust system should all come standard. 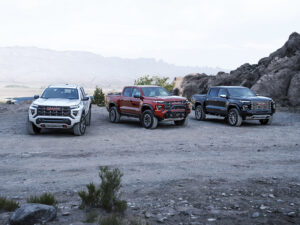