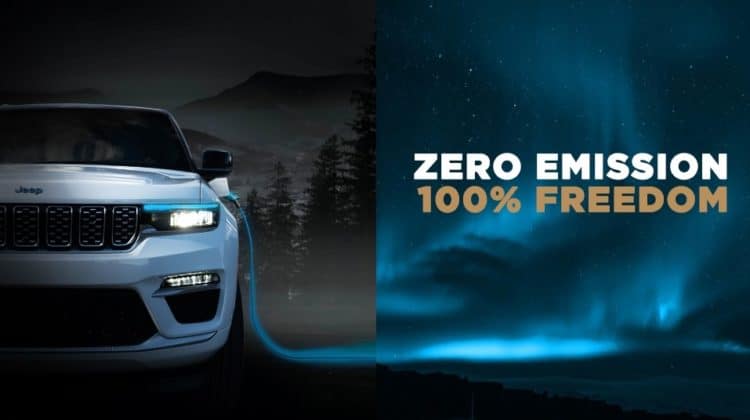 This week’s news is highlighted by Stellantis doubling down on electrification. The company, which owns 14 brands has announced a huge$35.5 billion investment in electrified mobility. This will result in the development of four new platforms specifically for EVs: STLA Small, STLA Medium, STLA Large, and STLA Frame. The former two are good for up to 300 and 440 miles respectively while the latter two are good for up to 500 miles per charge.  Stellantis also aims to secure 130 GWh of battery supply by 2025 before increasing it to 2609 GWh in 2030. This will be done via the establishment of five gigafactories in Europe and North America and finding sustainable supply chains for the materials needed.

Read more on that here.

The key news items during Stellantis’ EV Day are the Jeep, Ram, and Dodge brands. Jeep is poised to offer a 4xe variant across its entire lineup by 2025 and will have both plug-in hybrid and all-electric offerings. It also took the opportunity to show off the Grand Cherokee 4xe in a two-row configuration complete with a contrasting roof. Other than it being a plug-in hybrid, there’s not much known about the Grand Cherokee 4xe’s powertrain. However, it’s safe to say that it’s likely the same 2.0-liter turbo-four-based unit found in the Wrangler 4xe. We also don’t know if the Grand Cherokee L will be offered with the electrified powertrain.

More on the Jeep presentation here.

Ram formally confirmed that the all-electric Ram 1500 will debut in 2024. It will be followed by a full range of vans to meet the needs of commercial operators and small businesses. We’re suspecting the Ram brand will make extensive use of the STLA Frame architecture for its future electric vehicles. Ram also announced that it will offer the 2022 Ram 1500 in a new Laramie G/T and Rebel G/T packages. These variants get a cold air intake, Performance Pages app, paddle shifters, cold-end exhaust. Available only in crew cab configuration the Laramie G/T and Rebel G/T are powered by a 5.7-liter V8 featuring the eTorque mild hybrid system.

Check out more on the Ram presentation here.

Dodge announced that its first all-electric muscle car arrives in 2024, the same year that the Ram 1500 comes. In the video, you see a retro-styled vehicle in the shadows performing a four-wheeled burnout, hinting that Dodge will continue the throwback design themes in its next-generation vehicles. We suspect that this is a two-door coupe powered by two electric motors, and a high-capacity battery.

Lotus’ last gas-powered vehicle has arrived and it’s called the Emira. Like previous models, the Lotus Emira is a mid-engine, RWD sports car and it will offer two engine options: a Mercedes-AMG-sourced 2.0-liter turbo-four paired to a dual-clutch transmission or a carryover supercharged, Toyota-sourced 3.5-liter V6 that you can pair to either a manual or conventional automatic. Lotus says the Emira will be able to hit 100 km/h (62 mph) in under 4.5 seconds before reaching its 180-mph top speed. In its lightest form, the Emira will weigh 3,097 pounds. Modern tech features such as a 12.3-inch digital gauge cluster, a 10.25-inch main touchscreen, and Apple CarPlay and Android Auto compatibility are standard.

Genesis has revealed the G80 Sport. Think of this as a performance-oriented variant with lots of cool touches to distinguish it from other G80 models like etched alloy wheels, a three-spoke steering wheel, a new Cavendish Red exterior color, and two-tone black and red interior. The only mechanical information Genesis has revealed is that the G80 Sport has rear-wheel steering. We still don’t know what engine is under the hood. If we were to guess, it’s likely a modified 3.5-liter twin-turbo V6 with more power than the outgoing generation’s 5.0-liter V8.

Kia has revealed more information on the 2023 Sportage. The standard engine, at least outside North America is a 180-hp 1.6-liter turbo-four paired to an eight-speed automatic transmission. Hybrid and plug-in hybrid powertrains will follow the standard gas engine and we think it’s the same two units found in the Sorento. That uses a 1.6-liter turbo-four coupled to a 60-hp electric motor, a 1.5-kWh lithium-ion battery, and a six-speed automatic. The total system output is 227 hp. Plug-in hybrid variants swap in a 99-hp electric motor and a 13.8-kWh battery, raising combined output to 261 hp. The Sportage also gets an available dual-screen layout featuring two 12.0-inch displays and Kia’s latest driver assistance features including Highway Driving Assist and remote parking.

The 2022 BMW 2 Series Coupe has been revealed and it doesn’t have a massive grille like its big brother, the 4 Series. Available in 230i or M240i xDrive flavors, prices start at $36,350 and $48,550 respectively before the $995 destination charge. As before, the 230i gets a 2.0-liter turbo-four with 255 hp and 295 lb-ft of torque while the M240i uses a 3.0-liter turbo-six with 382 hp and 269 lb-ft. The only transmission offered is an eight-speed automatic. Both variants can hit 60 mph fairly quickly a 5.5 seconds for the 230i and 4.1 seconds for the M240i. The latter also gets the adaptive M suspension as standard along with variable-ratio steering, and an M sport differential. BMW’s iDrive 7 interface is standard and gets wireless Apple CarPlay and Android Auto standard. The Active Driving Assistant, which bundles together blind-spot monitoring, rear cross-traffic alert, lane departure warning, forward collision warning, pedestrian detection, and front automatic emergency braking is standard. Adaptive cruise control is a standalone option.