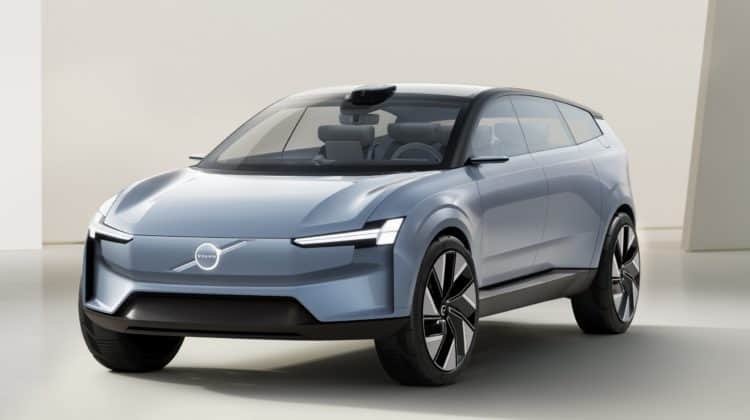 This week’s news sees more commitments to electrification, more SUVs and trucks, and the first teaser for a rally-bred icon.

Honda has officially revealed the name of its first battery-electric vehicle: the Prologue. Scheduled to debut in 2024, the Honda Prologue will be the first in a lineup of EVs and is part of a greater plan to electrify the entire Honda U.S. model range. Acura will also show its first EV in 2024 and like its Honda counterpart, it will be based on General Motors’ Ultium technology meaning it will share its platform and batteries with the Cadillac Lyriq and GMC Hummer EV.

Subaru has teased the next-generation WRX and the first thing we get to see is a hood scoop. Yup, Subaru has kept it for the new model; however, we don’t know if we’re getting the hatchback again because the silhouette in the teaser only shows the sedan.

Chevrolet is adding more ZR2 models to its lineup. This time, it’s the Silverado’s turn. Like the Colorado ZR2, expect the Silverado ZR2 to be a hardcore off-road truck but the changes will likely be limited to suspension and cosmetic ones.

Porsche has added another model to the Cayenne lineup: the Cayenne Turbo GT. Think of this as a highly potent version of the Cayenne Turbo Coupe that has 17-mm lower suspension that’s 15 percent more rigid, standard Porsche Active Suspension Management, rear-wheel steering, Power steering Plus, performance-tuned Porsche Dynamic Chassis Control with active roll stabilization, torque vectoring, 22-inch wheels wrapped in Pirelli P Zero Cora rubber, and carbon-ceramic brakes. Powering the car is the same 4.0-liter twin-turbo V8 as the standard Cayenne Turbo but tuned for 631 hp and  626 lb-ft of torque, allowing it to accelerate to 60 mph in 3.1 seconds. The eight-speed automatic transmission has been tuned to shift quicker and the car now gets a water-cooled transfer case. The standard titanium sport exhaust, which lacks a center muffler, reduces the Cayenne Turbo GT’s weight by 40 pounds. Inside you’ll get Alcantara upholstery, a four-seat configuration, and Turbo GT badges on the seats.

Volvo has doubled down on its goal to be an all-electric automaker by 2030. The company has revealed it will debut an in-house developed operating system dubbed VolvoCars.OS. It will be open to third parties and include collaborative work from partners like Google and NVIDIA. Volvo’s upcoming lineup of EVs will be the first to get it along with an updated version of Android Automotive OS. The  Swedish automaker has also announced that it will use real-world data from vehicles on the road to improve safety and software, provided the customer allows them access to the data.

More on Volvo’s plans to use real-time data here.

On the powertrain front, Volvo said that it plans to focus on charging speed and driving range for its next generation of batteries. It’s targeting over 600 miles per charge on its future battery cells, which will be manufactured sustainably in partnership with Northvolt. They will also be tailored specifically for Volvo and Polestar vehicles.

To give us a glimpse of the future of Volvo design, the Concept Recharge was unveiled. It’s essentially an evolution of the current design language meaning you still have the Thor’s Hammer LED headlights and the full-width LED taillights. Clean and uncluttered remain key themes and since this is an EV, the grilled has been swapped by a shield-like face adorned by the Volvo logo. On the top edge of the windshield, you find a LiDAR sensor built by Luminar, which will be used for autonomous driving. Expect this latest iteration of Volvo’s design to grace the next-generation XC60 and XC90 first.

Nissan announced that it will build a new global market electric crossover at its Sunderland, U.K. plant as part of its EV36Zero plan. In addition, it will expand the facility and build a new battery gigafactory in partnership with Envision AESC to support the anticipated demand for EVs, resulting in the addition of new jobs in the U.K. This is part of a larger initiative for Nissan as it aims to become carbon neutral by 2050 and sell only hybrids and EVs by 2030. There’s no word on what this electric crossover will be but we wouldn’t be surprised if it’s smaller than the Ariya.

More on that announcement here.