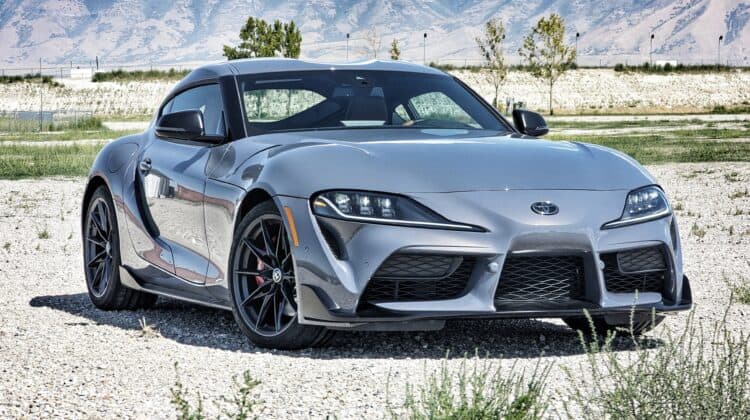 Fans and Toyota officials alike had been pining for a return of the iconic Supra for years. Those efforts paid off when, following the debut of the FT-1 concept in 2014, Toyota put into production a joint-venture with BMW known as the GR Supra. It was a sister car to BMW’s third-generation Z4 convertible, as it shared the BMW B58 twin-turbo inline-6 and a last-generation BMW interior. It took them awhile to actually get the car into production, though. By the time it rolled out in 2019, the GR Supra was met with controversy, as people couldn’t get past the BMW-ness of the car and its lack of a manual transmission option. Admitting that they had actually been working on that transmission since the car debuted, Toyota finally introduced the fruit of their labor earlier this year. Here is our take on the row-your-own 2023 Toyota GR Supra MT.

In addition to refined handling across all GR Supra models (new steering and suspension tuning with a new Hairpin+ function on 3.0/A91 models), Toyota has introduced a range-topping A91-MT Edition trim to welcome the manual transmission into the family. You can choose the stick on 3.0 and 3.0 Premium trims, but the 500 unit limited-run A91 adds a few goodies. Exclusive ‘Burnout’ (matte white) and ‘CU Later Gray’ paint colors, Hazelnut leather-trimmed seats, a GR logoed shift knob, and a 12-speaker premium JBL sound system. 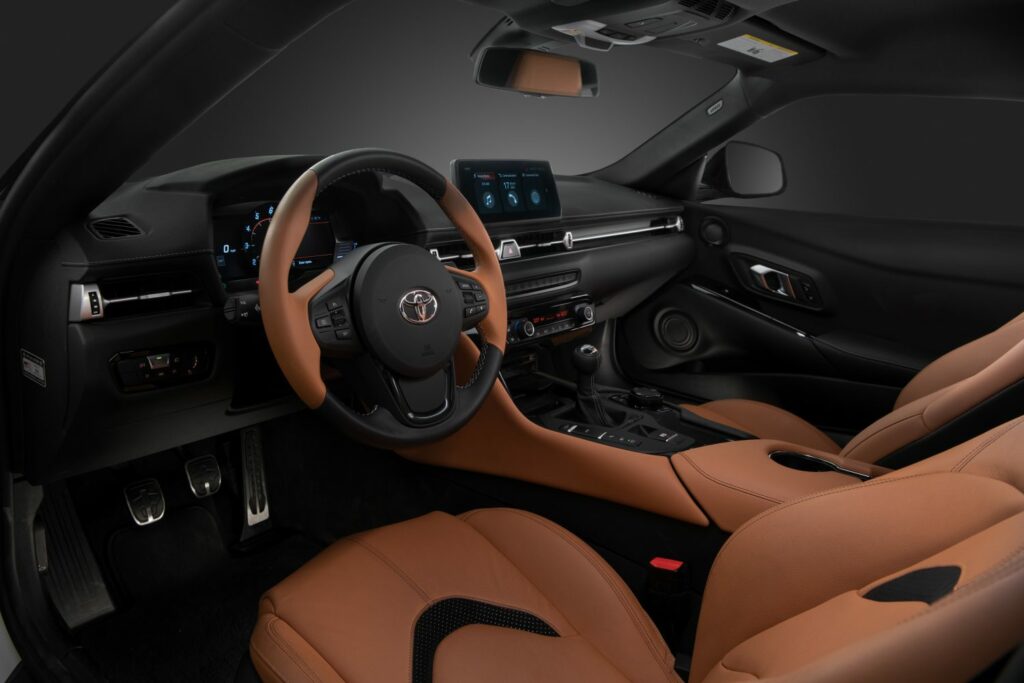 Toyota has been making incremental updates to the GR Supra since it came out, including the addition the 2.0 model with BMW’s B48 turbocharged 4-cylinder and enhancing power delivery and performance of the 3.0 models. The introduction of the manual transmission this year, however, is the change people have been most hungry for. While we don’t know exactly who produces the transmission, it is a very good one that will also soon be making its way to the Supra’s sister, the BMW Z4. For 2023, Toyota has also retuned the suspension with revised shock absorbers for improved roll balance and ride comfort. The mechanical components in the electric power steering and the system’s operating parameters have also been retuned. All 3.0 models have an active rear sport differential standard.

For the manual, Toyota says they have made changes to how the traction control system puts power to the ground. “With a manual gearbox, first gear must be used and releasing the clutch brings a greater risk of wheel spin. To address the issue, Toyota engineers have tuned the car’s TRAction Control (TRAC) system to achieve smooth operation similar to the automatic. The system is also optimized for the GR Supra’s characteristic high engine torque, wide tires and rear-wheel drive.” As expected, it is slower to 60 mph than the 8-speed automatic, but the final drive ratio has been shortened from 3.15 to 3.46 for improved response. The MT should take 4.2 seconds to do the run, according to Toyota. In terms of fuel economy, losing two gear ratios means the combined mpg rating drops from 25 to 21.

Toyota brought us out to the Utah Motorsports Campus to drive the Supra MT. We were allowed to take it on the track and through a course that had a spattering of autocross and slaloms. Swapping out the 8-speed automatic only shaves 22 pounds off of the Supra’s curb weight, so its raw handling abilities are extremely similar. Driving a manual GR86 and hopping straight into the manual Supra proves how much weight matters around the track. While I appreciated the immense power you get when pulling out of corners in the Supra, I preferred the frivolous and tail-happy character of the 86. Oh, if only you could have both… 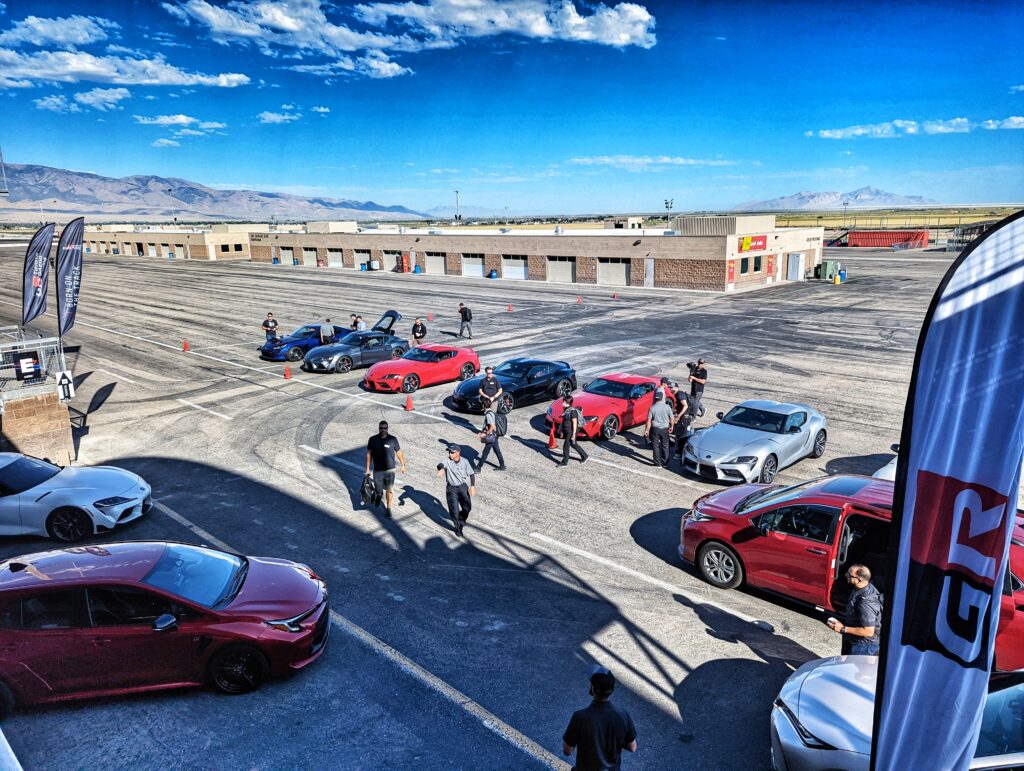 So how does the manual feel? Pretty darn good. Clutch engagement is near ideal, the shifter has a nice notchy feel and it’s easy to get “in the groove”, so to speak. Toyota made sure all MT models get rev-matching and a system that bumps torque when needed to try and reduce clutch shudder and stalling.

As manuals should, this one makes the Supra a driver’s car through and through. The engagement you have with the sweet twin-turbo six is palpable, an experience that hasn’t been available with this powertrain before now, even on the BMW side of things. The Supra maintains its superior steering feel over the Bimmer even with the manual though, with nice weight and a little bit of feedback. At least, as much as an electrically-assisted rack can provide.

You can tell that the car isn’t as quick as the automatic version, it’s just next to impossible to shift as well as that 8-speed does. That’s okay, though. This car represents the voice of the enthusiasts, those who don’t adhere to the austere and mundane of everyday life. The ones who want to control their drive. The Supra MT finally gives fans of the nameplate the chance to do so in a modern interpretation of the classic. The best part? There is no price premium over the auto, unless you go for the new A91-MT. So, what are you waiting for?